KaiBot may have just come into the world, but it’s already teaching kids and teachers a thing or two about technology.

Smart Toys is coordinated by the Dubai Future Foundation in collaboration with the World Economic Forum (WEF), and attracts innovators, entrepreneurs, toy developers, and start-ups from 20 countries around the world. The event is designed to highlight the best-emerging AI toys in education.

Founder Bruce Jackson says that the win is the best possible start for the little robot and sets the product up well for three months of educational trade fairs, symposiums, and competitions KaiBot will be taking part in around the globe, starting in January.

“Our team was very excited for the win on our first outing and to see how KaiBot shaped up against the latest in education tech,” he says.

“KaiBot is totally unique in the way it blends coding, learning, and 3D visualization to create a fun and engaging learning experience. We hope this early success bodes well for huge growth in the New Year,” he said.

KaiBot’s name is a portmanteau of the words ‘Knowledge’, ‘AI’ (Artificial Intelligence), and kai – in short, its name means “food for the brain”.

The innovative palm-sized black and blue robot is coded using cards with commands printed on them, that teach Kaibot what to do and where to go, and allow it to participate in races and challenges. This means KaiBot can be operated entirely without a computer being involved. And unlike some educational robots, no black lines are involved, with KaiBot allowing free movement or on magnetic KaiTiles wherever it is programmed to go.

And everything KaiBot does in the real world, exists in the virtual world also, and with the addition of Kainundrum, its exploits can be viewed in an interactive 3D environment as an additional reward for the trainee coder. And for those who want to go further, develop your own game using lasers, gates, mirrors, and lesson plansfor teachers.

This allows the educator to choose the amount of technology that is brought into play, depending on the age and stage of the participant, using a blend of the physical and the digital worlds.

“KaiBot is designed for a five-year-old-kid, with no coding experience – or  teacher who’s never coded before,” Jackson says.

“We wanted an inclusive product, no matter what difficulties they may be facing. No matter what gender, or if they are visually impaired, or hearing-impaired, we want to improve education equity,” he said.

Jackson, a self-confessed ‘ADHD geek’ and 3D Printing entrepreneur, says that his passion for robotics and coding began 5 years ago, when he took his son along to a school open-day which promised an introduction to coding. To his surprise, the participation involved the children mainly operating robot balls using joysticks instead of learning to code. He soon discovered that there weren’t actually the kind of interactive learning devices available on the market to make it easy to teach coding to youngsters – so, he set out to create his own. 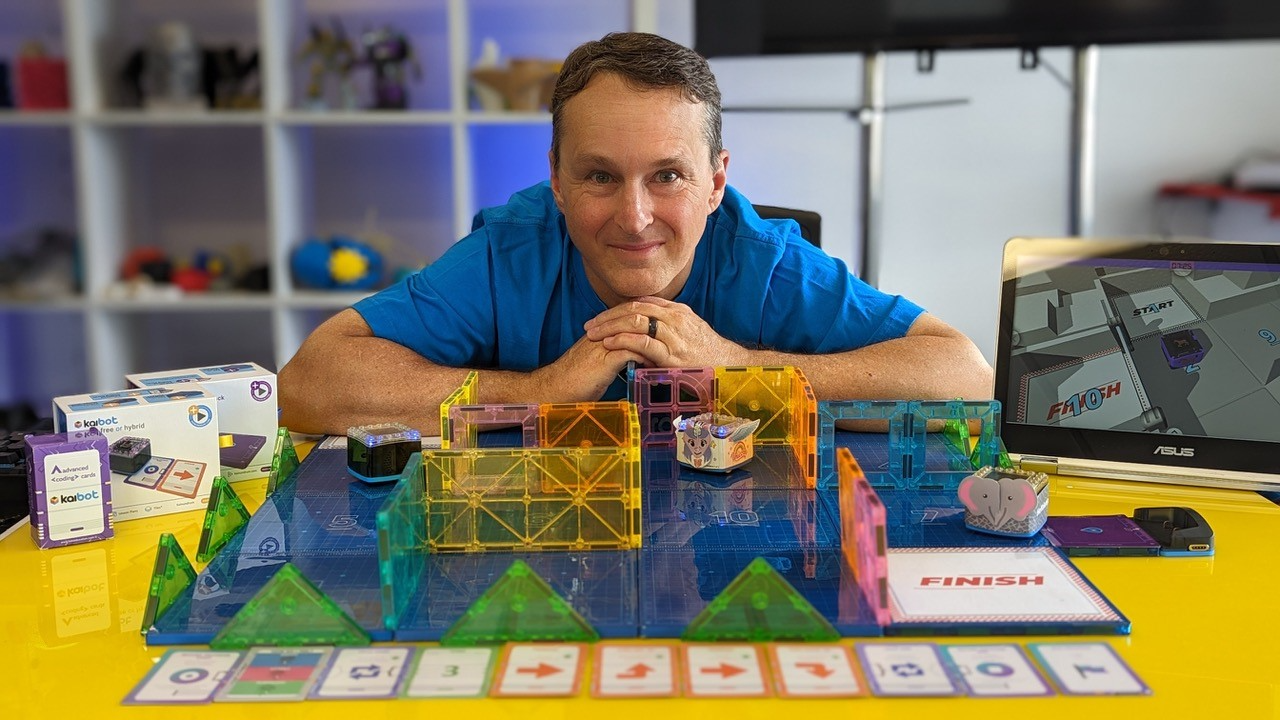 Jackson says the most important thing is, Kai is all about collaboration.

“What teachers like is that we don’t teach students in a silo – they don’t sit by themselves and finish their little project and hand it in. With Kai’s Education robots, students start working in groups because that’s what’s happening in the workforce.

“We need to teach kids how to work together. So, I think that the coding + collaboration aspect is a really strong point,” Jackson says.

Ronel Schodt, Kai’s Education, Sales and Marketing Manager says that with computer science and digital technologies now becoming a compulsory part of the curriculum right around the world, that means the potential for KaiBot is enormous.

Schodt’s itinerary for the New Year sees her taking both Kai’s Clan and the newly released KaiBot to the US for major education conferences, including the Future Education Technology Conference in New Orleans – where they’re in the running for a major product award also.

A big part of the company’s success to date has been the advocacy to add robotics/coding as a core subject to the Education curriculum – even a child-psychologist praising Kai’s Education approach.

“We just want products and platforms that are safe and neutral – where kids can feel safe while still being engaged in the learning.” says Jackson.

“We put the interest of our child users first and to protect their mental health and wellbeing, we’ve had the product tested by a clinical psychologist,” Jackson says.

This inclusive thinking led the KaiBot team to consider how to include blind, or hard of sight students in the coding world – and KaiBot will be the first in the world to offer a coding robot with braille coding cards.

Jackson adds: “It started out as a hobby because I just wanted to help the local teacher get into coding and show their kids the potential. I was just shocked by what I saw. The problem is that many teachers are not familiar with the latest technologies. So how do we get them on board in order for them to guide their students?”

“I’m a really firm believer that coding is an essential skill, just like reading and math. Even if you don’t want to get into a computer science role in the future, a basic understanding of code will be useful even in traditional fields, even if you’re going to be a doctor or a lawyer” Jackson said.

EdTechNZ EdTechNZ is the voice of EdTech in New Zealand, supporting the growth of the sector. Our purpose is to drive the creative use of technology, inside and outside the classroom, for better student outcomes. We aim to facilitate a world class education system for all New Zealanders and showcase local EdTech to the world.